During the weekend of February 2nd and 3rd 2002 the Expo in Gent, Belgium was the arena for a large gathering of Italian automobiles, at least that was how it was advertised all over the place, I must admit, there were a lot of Italian cars, Ferrari, a few Maserati and a grand total of no less than three Lamborghinis.

Really a gathering of super cars, sure some rare Ferrari were shown, but at least they could have made an effort and got some more Lamborghini's on display, a simple retro show in Brussels in October 2001 gathered nearly double this amount of our favorite bulls.

Anyway, perhaps I'm spoiled, but paying a rather important entrance fee just to see a dark blue Diablo VT 6.0 with an old style rear spoiler mounted, a Miura S series that was also present on the Retro Show in Brussels and a very nice blue metallic Urraco P250 S somehow didn't get the smile on my face I was hoping for.

I'm sorry, but I was rather disappointed with this event, perhaps if I've been a Ferrari nut I would have loved it, but I'm a Lamborghini enthusiast, sure I like just about any decent looking super car, but still ... several years ago this same event had a Lamborghini special, at least they showed about ten Lamborghini, including a very rare black Diablo SE Jota and a stunning white LM002, so I thought this time would be at least as nice ... too bad.

Let's hope the next event will be worth the drive and the time spend, so I'll probably drive up to Zuidlaren in March and Viva Italia in July, two major events that will surely host a lot of Lamborghinis.

Printed from www.lambocars.com/lamboevents/italian_passion.html on May 26. 2020 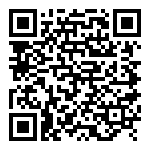