On August 15th a really nice picnic was organized on the grounds of Hever Castle in the United Kingdom, gathering a rather important number of amazing super cars, among them several Lamborghinis naturally, but also some TVR, Ferrari, Ultima and even a red Nissan GTR to name but a few.

I actually took the Eurotunnel from Calais in France to Folkstone in the UK so I could join the group and try to get some interesting photographs of the cars that arrived, as I made it to the Hever Castle early I was able to photograph the first cars there exclusively in front of the actual Castle, a place that is normally totally off limits for cars, which made for some amazing shots if I might say so.

The monumental Castle in the background of no less than three magnificent Raging Bulls (a Jalpa, a Countach and a Diablo) was really nice composition, but we had to hurry up as the other people were also arriving at Hever, and they were no longer allowed to park in front of the Castle itself but had to drive onto the grass, which wasn't too bad either to be honest.

Over the course of the next few hours several amazing cars came up the driveway, like a very nice dark purple metallic Murciélago Roadster, or a light blue closed coupe version, but also several Countach made it to Hever that day.

Furthermore a nice collection of Gallardo and Diablo models, ranging from the early Diablo 2WD right up to the magnificent Diablo VT 6.0 finished in bright pearl metallic yellow.

Among the Gallardo collection I did notice several blue ones, never seen so many blue Gallardo together actually, also a very nice dark grey Superleggera was present, a very nice color combination on this 'lightweight', but my biggest surprise was a white Superleggera, not many were ever made in this shade, especially with RHD, unfortunately the owner of this white beauty didn't take the time for a nice photo shoot, so I'll have to return the UK later on to get some better shots of such a rare car.

And this wasn't the only white Lamborghini at Hever, a very nice Diablo Roadster was finished in white over black, it was accompanied by a black Murciélago and a red Countach, this was the first time I've ever seen a white Superleggera and a white Diablo Roadster together, a really nice sight. Also note this very nice blue metallic Diablo with a white leather interior, made even more impressive by the Gumball 3000 decals all over the car, the metallic shade sure brightened up nicely once the sun came out later that day.

Printed from www.lambocars.com/lamboevents/hever_castle_picnic.html on August 7. 2020 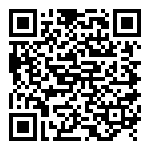