Towards the end of the season there is still one very important event being held in Rosmalen, the Netherlands ... Auto Moto d'Italia always gathers the best of the best when it comes to Italian made art on wheels, and the 2014 edition was even more special as it celebrated 40 years of Lamborghini Countach production, so naturally it was the place to be on October 18-19 this year.

Now Auto Moto d'Italia is an indoor event but a lot of cars are also shown around the venue on the large parking area, all put together by make and especially on Sunday under a very nice autumn sun several exotics gathered to be admired by thousands of visitors, how about a Diablo SV with massive SV-R rear wing or an orange Gallardo Superleggera and a very nice white Lamborghini Aventador Roadster ... all present on Sunday in Rosmalen.

But let's get inside the venue first ... as they were celebrating 40 years of Lamborghini Countach production the large central display area indoors showed no less than six different Countach, ranging from the early LP400S model over three different LP500S, a red Quattrovalvole and naturally the swansong of Countach production ... the 25th Anniversary edition, also finished in the classic red seen on so many Countach in the Seventies and Eighties.

You might think what about the original Countach LP400 narrow body ... well that one wasn't present in Rosmalen this time, keep in mind these early Countach are extremely rare and very valuable these days yet hard to locate, so unfortunately none of the LP400 made it to Auto Moto d'Italia this time ... maybe next year.

On the Lamborghini Club Nederland stand another very expensive classic was on display, the black 400GT 2+2 in her unrestored glossy paint surely attracted a lot of attention being parked in-between a bright orange metallic Murcielago and a silver metallic Jarama S.

If the sight of so many rare Bulls didn't blow your mind away already you could venture onto the parking lot around the Rosmalen venue to discover an extremely rare car ... a bright blue metallic Lamborghini Diablo SE30 arrived from Germany.

The Diablo SE30 was built in 1994 to celebrate the 30th Anniversary of Automobili Lamborgini SpA and every unit in the production run of only 150 pieces was numbered ... but this blue Special Edition was in fact not part of the regular production ... this was number P005/150, a production prototype, complete with air-conditioning and those amazing looking magnesium wheels.

Perhaps even more impressive was the red Lamborghini LM002 that was shown too, it might not be as valuable as that Diablo SE30 but this massive off-road vehicle was one of the early models that used the Countach V12 engine, hence the large 'humps' on the engine cover that hold big air filters to keep the sand out of the venerable carburetors while burning fuel like no other ... I for one really like these LM002 from Lamborghini, so different from anything else on the market back then.

While I was in Rosmalen a second Lamborghini Jarama arrived to be parked outside, bright silver metallic over a black interior with cloth sections and rolling on original central locking wheels in Miura style ... very nice, and extremely classic by now ... perhaps the Jarama is still a bit underrated as a Lamborghini, but this is a true V12 Gran Turismo that will put a smile on your face driving it.

The bigger sister to the Jarama was present too in the form of a red Lamborghini Espada, an early Series II in fact with the newer dashboard but still on the Series I central locking wheels ... like those on the Jarama next to it ... a very nice, albeit large V12 that offers comfortable seating for four people ... back in the Seventies the Espada was sometimes referred to as the Italian Rolls Royce by the way.

A pair of Gallardo completed the display outside for now, one of the very early models was finished in black when it left the factory but the owner had her wrapped in a very nice matte grey 3M film with nicely added red details in Edizione Technica style ... a great way to update your Gallardo and protect the original paint at the same time.

The second Gallardo was something very special indeed, a white first series Superleggera ... keep in mind only very few of these original Superleggera V10 left Sant'Agata in white, I've heard only three were made, one being a RHD model, so this LHD registered in the Netherlands is one of only two in the world ... that is very rare indeed.

Once again Auto Moto d'Italia was a really nice event to admire some of the more exotic and special cars that were built in Italy, but also bikes and even Riva boats were on display together with several stands selling scale models and official factory brochures ... more than enough to keep you busy for several hours and continue to enjoy these beauties back home.

Printed from www.lambocars.com/lamboevents/auto_moto_d_italia_2014.html on August 9. 2020 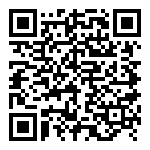