The place to be during the weekend of October 27th 2001 was again Houten, near Utrecht in The Netherlands, just about everything built in Italy that is capable of driving around was be shown here.

Auto Moto d'Italia is actually a rather general event, showing Italian wheels, both cars and bikes in fact, a nice selection of Alfa's, Ferrari, Lancia, Maserati and Lamborghini among others, were presented together with bikes from Moto Guzzi, Bimota and other Italian marques.

Just like last year, thousands of enthusiasts and owners of these very special Italian masterpieces drove down to Houten to share their passion with both other owners and fans and admire the various Italian built cars and bikes, the 2001 edition featured no less than seven magnificent Lamborghini's gathered in the various halls of the expo area.

The official Lamborghini Club Nederland stand held no less than three magnificent cars, a nearly perfect Lamborghini Miura S that was parked in between an equally gorgeous red Countach QuattroValvole and a very nice, dark blue metallic, Jalpa, as always it was possible to get some nice Lamborghini folders or pins to add to ones collection, they even showed the very limited edition of the latest Lamborghini Murciélago in a 1/18th scale model.

Inside another hall a rather rare Lamborghini Diablo SE30 could be admired, next to it the impressive LM002 off-road machine was shown, on the other side of this stand a truly magnificent Urraco P250 was parked, this was actually a late S-model that was virtually impeccable, a perfect example of this very first attempt at the V8 market by Lamborghini.

Finally, but therefore no less important, a Countach 25th Anniversary owned by a Lamborghini Club Nederland member, was on display, not a classic red one, but a magnificent dark gray metallic one, a rather special color on any Lamborghini, but no less stunning, a very refreshing combination compared to the 'Rossa Corsa' which was one of the most popular colors at that time.

If you would like to show your Italian car, or just visit the next edition of Auto Moto d'Italia during 2001, please don't hesitate to contact the Lamborghini Club Nederland.

Printed from www.lambocars.com/lamboevents/auto-moto-italia_2001.html on August 5. 2020 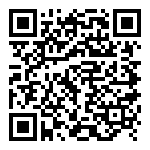