Late October was again the time for the annual Auto Italia event in the Euretco exposition in Houten near Utrecht in the Netherlands, each year the place to be for Italian car and bike enthusiasts to meet each other at the end of the season.

Auto Italia marks the end of the event season, just before most of these collector's items are parked in their heated garages to start their winter sleep until the season kicks in again next year, and this year was no different, some very interesting cars 'made in Italy' were on display during the two day show.

As usual the Lamborghini Club Nederland was present with a nice stand displaying three different Raging Bulls, a bright red Countach Quattrovalvole, the well known black 400 GT 2+2 and a refreshing green Espada, especially this last one was a nice surprise as it was a Series I model with the very distinctive hexagon style dashboard ... in an interior that was in marvelous shape despite the age of this front engined GT sometimes referred to as the Italian Rolls Royce.

Next to this stand another trio of Lamborghinis drew attention, a second Countach Quattrovalvole, but this time finished in bright white over a stunning red interior. Next to this legend on wheels a white over red LM002 stood mighty in-between the Countach and a yellow Jarama, another classic from the days of the Espada, but this time with only a 2+2 seating arrangement.

As a nice attention grabber a beautiful white Lamborghini Murciélago LP640 Roadster was parked just behind the entry gates in Houten, with a black leather interior it sure looked impressive, and a warm welcome to the thousands of visitors that would pass it on Saturday and Sunday.

But the action wasn't confined to indoors at Houten, outside you could catch a ride in an Italian super car or you could admire some of the visitors that arrived in their very own Lamborghini, like an orange metallic Gallardo SE that was parked next to a similar shade Gallardo Spyder, later joined by a yellow Murciélago and a nice silver metallic Diablo.

All in all Auto Italia was once again a really nice event, with many catering facilities to help you get through the day just in case those beauties on wheels gave you a dry mouth, or made you feel hungry, the Italian cuisine sure was present, and it tasted great. Naturally I couldn't resist a few scale models that were one sale during the show, so I expanded my collection of Lamborghini Automobilia even further ... and depleted my finances at the same time, but it was worth it ... see you in Houten next year.

Printed from www.lambocars.com/lamboevents/auto-italia_2009.html on August 4. 2020 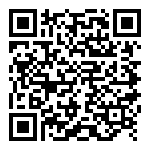