Automobili Lamborghini SpA organized a massive event to celebrate the 40th anniversary of the founding of the original company by the late Ferruccio Lamborghini, from May 9 until May 11 a very ambitious event was put together that would gather the cars and people that were important in Lamborghini's past.

Owners and enthusiasts from all over the world were expected at the factory, the typical Italian roads would probably see a very colorful collection of great sounding cars, driven by their proud owners to the various dinners and special parties that were organized ... a grand total of nearly 1000 people were present, driving around in more than 200 stunning Lamborghini's, both new and classic.

Naturally such an organization wasn't simple, and the necessary dinner arrangements didn't work out from time to time, but the sight of such a collection, which featured some very special cars, should be enough to make it all worth while.

One of the more important Lamborghini's presented was Piet Pulford's amazing Miura Jota replica, which took nearly 12 years to complete. This wasn't just another standard P400 with wide wheels and some spoilers added, but a highly researched project that was actually put together with help of none other than Bob Wallace, which we all know built the original Jota, which was unfortunately totally destroyed in an accident in 1972.

With a total weight of less than 900 Kg (1800 Pounds) and a 450 Bhp tuned V12 engine, the awesome sound this car emitted was enough to appreciate the enormous work put into this project, the new Jota could really keep up with the pace on a circuit when compared to the more recent models.

The car was shown in the impressive factory lobby during the weekend, but on Sunday it was shown outside, in the sun, starting the engine of this magnificent car created an enormous sound, nothing compared, not even an SVR sound, this was pure music, which demanded some earplugs when located behind the car ...

Another very rare car was the Jarama 'Bob', again a Bob Wallace special, but this time an original.

During the weekend it was again possible to take a look inside the factory, where several cars were in various states of construction, among them a large number of Murciélago and even some Gallardo.

A very nice part of the event was a gathering at a circuit entirely reserved by Automobili Lamborghini SpA, this was the perfect moment to go flat out with your Lamborghini without the risk of encountering some slower car in front of you doing about 200 Km/h less than you are ...

Naturally there were other interesting Lamborghini's around, Miura from all over the world, Countach, Diablo and Murciélago in all kinds of colors accompanied by their owners in designer suits, an interesting note is the fact that the owners of these latter three models took any opportunity to drive with their doors open, in impressive sight to say the least.

Also other classic models like the front engined V12's, the small but none the less important V8 powered models and the massive LM off-road monsters were present, probably this gathering of over 200 cars was slightly caused by the fact that Lamborghini had announced they would start certifying the cars to be added to the Registro Lamborghini.

The homologation form, a 15 page booklet including some very detailed questions, would be used by the 'judges' of the factory among inspection of the car during technical sessions, the first of these being this Anniversary event.

The 40th Anniversary event also the opportunity to view the 'Centro Stile Lamborghini', located in a brand new wing that was added to the factory buildings, this new structure will contain the customer service, Historic car restoration, Marine engines and naturally the design departments of Automobili Lamborghini SpA.

Head of this 'Styling Atelier' is Mr Luc Donckerwolcke, who was also present to answer any questions about the all new V10 powered Gallardo, the 120,000 Euro new Lamborghini model.

One of the other famous people in Lamborghini history that were present was Giotto Bizzarrini, the man who designed the very first Lamborghini V12 engine ...

On Sunday most of the Lamborghini's gathered in Sant'Agata would be driven into the historical center of Bologna, accompanied by the Polizia Stradale to keep this giant convoy of 200 'bulls' safe on the Emilian roads while being overlooked by a black helicopter boasting Lamborghini insignia, a very impressive conclusion of this event, both in sound and vision, it shows once again that Lamborghini's are still to be reckoned with, a Lamborghini is so much more than just a super car ...

Printed from www.lambocars.com/lamboevents/40th_anniversary_celebration.html on August 7. 2020 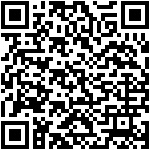