During the weekend of October 20 to 21 the 10th and final round of the 2007 FIA GT Championship was held on the Belgian circuit in Zolder, and thanks to the FIA GT I was able to go track side and bring you some amazing photographs of this race ...

The race wasn't won by a Lamborghini, but Peter Kox and Jos Menten in the black/orange Murciélago R-GT number 28 managed to reach a 6th place after 79 laps in 2:01:25.453 with a gap of only 54.207 between him and the winner in an Aston Martin DBR9. The black Bull driven by Peter Kox and Jos Menten held an average speed of 156.37 on the rather short circuit in Zolder.

The white All-Inkl.com Lamborghini number 7 driven by Bouchot/Duez ran into trouble during the 72nd lap, and Bouchot had to walk back into the pit lane, they did finish 21st overall in 1:54:34.925 with an average speed of 151.03, which was very unfortunate naturally.

During the race some amazing duels could be admired on the track, and I've been able to get some great photographs of both cars. 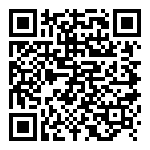