Mansory has become famous for their total package tuning on some of the world's most high end exotic cars, like their Carbonado GT based on the Lamborghini Aventador, in fact back in 2012 Mansory was among the first to offer a complete aerodynamic package for the Aventador, and we're not talking about a simple front spoiler, a set of side skirts and a rear wing ... their initial Aventador kit came complete with new, wider fenders both at the front and the rear and a full interior make over.

At the 2015 Geneva Auto Show Mansory will unveil their latest project for the Raging Bull make ... the Huracan by Mansory ... with the press car finished in intimidating black featuring clear carbon fiber aerodynamic parts and a totally custom made interior it will surely draw a lot of attention.

Inside we encounter the softest leather combining red with black Bull hides, of you take a closer look at the stitching pattern on the red sections of the seat you will recognize the style from the Mansory Carbonado, not really an imitation of Lamborghini's Q-Citura stitching, but an innovative Mansory detail ... very nice indeed.

The central console also receives a touch of red leather, but more importantly also a dash of red paint to really make a difference ... it looks like just about every panel inside the original Lamborghini Huracan has been touched by renowned Mansory to make it even more exclusive, even the steering wheel has been modified and as usual Mansory installed lots of carbon fiber inside this Bull.

Up front we encounter a modified bumper with large forward pointing air intakes and stylish, vertical fins on the side, making the Huracan visually wider and actually boasting a style derived from the limited edition Lamborghini Aventador LP720-4 50th Anniversary edition ... however on the Mansory Huracan this front section is finished in clear carbon fiber.

On the side Mansory installed clear carbon fiber side sills with a nice vertical fin just ahead of the wheels and modified air intakes at the same position ... in fact the entire lower side air intake has been replaced by Mansory and now features a horizontal fin ... all in clear carbon fiber which is actually also visible on the door sill when the doors open on this V10 Bull.

Carbon fiber exterior rear view mirrors complete the look from the side while a new set of forged wheels in 9x20 inch up front and 12.5x21 inch at the back with 245/30ZR20 and 325/25ZR21 Pirelli tires not only shaves lots of weight from the Huracan, they also look impressive.

Going round the back of the Huracan by Mansory unveils perhaps the most attention to detail of the entire car, a complete lower rear diffuser in clear carbon fiber takes the place of the original, plastic unit. We have to admit the styling of this Mansory rear diffuser again reminds us of the Aventador LP720-4 lower rear section ... keeping in mind the 50th Anniversary edition V12 model is still considered to be the most beautiful model from the Aventador range this can't be seen as a bad thing.

A clear carbon fiber rear wing by Mansory completes the exterior restyle of this Lamborghini Huracan, sitting atop two stylish, open struts this rear wing has a very nice flow with the two outer tips being lower than the mid section, and it actively increases downforce on the rear axle ... so form and function together.

All that aggressive styling on the outside should come with power to match, and that is exactly what Mansory was thinking too as they came up with the MH1 package. Being only the first stage of engine tuning (I can't wait for their 1,200hp version ...) total power output has been increased from the standard 602hp to a massive 838hp at 8,200 rpm (from 449 kW to 625 kW) by installing a single turbo combined with a new exhaust system (both manifold and damper), modified fuel pressure control, custom intake manifold fuel injectors and a reprogramming of both engine and transmission management.

Printed from www.lambocars.com/huracan/huracan_by_mansory.html on September 29. 2020 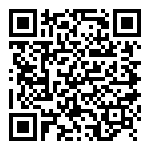