German based Hamann Motorsport GmbH was among the first high end tuners to have a package ready for the new Lamborghini Gallardo, nothing too outrageous but nevertheless very nice ... but in 2007 Hamann unveiled their Victory, and this one was extremely impressive.

No more understatement, the Victory made it's presence noted at once, wide wheel arches, upward swinging doors, massive wheels and a rear wing that could seat six people. Finished in black with bright orange details the Hamann Victory was a looker, add the dual, twin tip exhaust system and you know this car meant business with it's 20" wheels also finished in black.

Originally the Hamann Victory was based on the 500 Bhp Lamborghini Gallardo but Hamann tuned the engine to release 40 hp extra and 30Nm of torque by modifying the ECU resulting in a top speed of 320 Km/h, add the Hamann steel catalytic converters with it's dual 76mm tips and you gain another 28 hp with a torque increase of 50Nm this time.

Later on I found the Hamann Victory at the 2009 Geneva Auto Show where it was finished in a light fighter gray with lots of add-on decals making it look like an airplane, perhaps not to everyone's taste, but surely different ... but still based on the original Gallardo ... in 2010 Hamann found it necessary to finally mount the Victory kit on the new LP560-4 model from Lamborghini, now called the Hamann Victory II and finished in matt black.

The Victory II became wider and a lot more carbon fiber was used on this new evolution, naturally those upward opening doors are again installed by Hamann to mimic those found on the Lamborghini flagship, but the Victory II completely changes the look of the factory made Gallardo LP560-4

A massive, very deep front spoiler gets installed, on this demo car it features a small carbon fiber section finished in contrasting red, the front fenders are complete units while at the rear the Victory II gets extensions 'glued' onto it, these wide front and rear fenders are connected to each other with a new side sill while a large roof mounted air intake is available too, in carbon fiber if needed.

At the rear we find a new design for the diffuser and the massive rear wing has been modified too for the new Victory II model, note that the rear wing is available either in fibre glass or in a more lightweight carbon fiber, even the bonnet can receive a nice layer of carbon fiber to integrate it into the overall look of the Hamann Victory II

Naturally such a car is nothing without a decent set of wheels, so Hamann mounts their well known 'Edition Race' units again, this time in massive 20 inch, 9.5 inch wide at the front and a monstrous 13 inch wide at the rear with 235/30ZR30 and 325/25ZR20 rubber respectively. These wheels are lighter compared to the originals, give a more dynamic look and improve handling, acceleration and braking response.

And good brakes are necessary on the Hamann Victory II as they tweaked the engine even further, right up to 580 Hp and a stunning 575 Nm of torque ... which propels the car up to 328 Km/h, by applying an end muffler to the original end pipes even the sound emitting from the exhaust becomes more impressive.

If the outside has you looking twice, take a look at the interior where a 14 piece carbon fiber set is mounted on the steering wheel, the door handles and various other parts, but Hamann also replaced the seats with brand new units featuring a carbon back combined with black alcantara on this demo car, note the red Q-Citura stitching and the red carbon fiber seat belt holes ... very impressive.

Custom made floor mats or a nice steering wheel using alligator skin ? It's all possible at Hamann, the Victory II can be individualized both on the outside and on the inside, making it a true personal impression of what the owner wants in his car.

Printed from www.lambocars.com/gallardo/hamann_gallardo_victory_ii.html on September 27. 2020 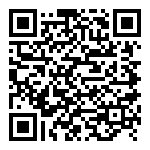