The first examples of the limited edition Lamborghini Gallardo SE have started to appear, first at the Concorso Italiano in early July 2005, while the European debut was reserved for the 2005 IAA in Frankfurt in September, the Automobili Lamborghini SpA stand showed a very nice, pearl white metallic car that was actually production number 026/250.

With a total production run of only 250 units, the Lamborghini Gallardo SE was to become an instant collector's item, in fact, 250 cars represent only about one fifth of the total 2004 production (about 1290 units) of the entire Gallardo range. At the opening of the Frankfurt Auto Show, Automobili Lamborghini president and CEO, Stephan Winkelmann could proudly proclaim that all 250 cars were actually sold even before the first unit was built, and to make things even better in November 2005 Gallardo number 3000 left the factory gate at Sant'Agata, making this model the best selling Lamborghini ever.

But it still remained to be seen if the Gallardo SE would become as valued as the earlier Diablo SE30 or the Murciélago 40th anniversary model. The Diablo SE30 was a radical improvement over both the Diablo or the Diablo VT, but the Murciélago was merely a special color and some Carbon Fiber here and there, so most people didn't consider the 40th Anniversary special a collector's item at first, however this status is gradually changing and especially the early production numbers are getting some serious attention these days.

When we take a closer look at the Gallardo SE the same sentiment could rise, the car was special, no doubt about that, but was it distant enough from the standard 2005 Gallardo to be bought as an investment, or merely as a special Gallardo that would be driven daily. The latter was in fact why a Gallardo is made, so why should the SE model be any different. These V10 Lamborghini's are meant to be driven, not stored in a garage waiting for the price to go up.

Possibly the only downside to the Gallardo SE was the fact that the technological improvements and increase in horsepower over the standard Gallardo would be available in the MY 2006 Gallardo too, so why buy an SE back in 2005 ?

The answer was simple, this was a special edition, no matter how you looked at it, any other Gallardo was still a production model, this one was a limited edition model, all nicely numbered. You must admit that the high gloss black (Nero Octis) roof did contrast heavily with both the yellow and the white bodywork we've seen on the press cars, it looked equally impressive on a silver metallic car, with those dark titanium 'Callisto' wheels, black exterior mirrors and glass engine cover, it sure looked different enough to distinguish the SE from the 'production' model. And that was only on the outside, the interior of this rare model was equally impressive ...

The Gallardo SE boasted a two-tone interior, all piping and stitching on the premium quality leather was executed in the same color as the bodywork of the car, the mid sections of the seats were finished in color-coded upholstery too, also the black floor mats had a color coded borders. A reversed leather steering wheel, a Lamborghini crest on the headrests and the script on the dashboard made sure that once seated on the perforated leather seats there was no doubt you were inside a special car.

A rear view camera system was standard issue on the Gallardo SE, as were an amazing multimedia system, however a state of the art navigation system was still on the options list. The sport suspension and an exclusive cover also came with the car but there were still several other options available, like the e-Gear, which featured a 'thrust' mode to offer even more impressive acceleration by improving the gear change through the different gears. And with the modified engine delivering 520 Bhp at 8000 rpm, it only took 4 seconds flat to reach 100 Km/h, and the top speed was up to 315 Km/h.

With the Gallardo SE, Automobili Lamborghini SpA had a nice line up of models at that moment, with the Gallardo Coupé and Spyder, and the flagship Murciélago available in Coupé and Roadster version as well as the professional racing model R-GT, it was safe to say that it could be difficult to choose from these various models.

Printed from www.lambocars.com/gallardo/gallardo_se.html on July 13. 2020 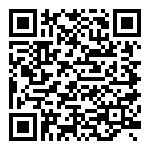