The supercar, in State Police colours, with a siren and flashing lights on the roof, has been donated by the House of Sant'Agata Bolognese to the State Police on the occasion of its 152nd anniversary, held in the customary setting of the Piazza del Popolo in Rome on the 14th, 15th and 16th May 2004.

The Gallardo Police Car will be used by the traffic police (Polizia Stradale) during emergencies and alarm situations on the Salerno-Reggio Calabria highway, also under the powers of the special safety operative which is already being employed along this tract of highway.

The Gallardo will also be used in first aid activities - thanks to its special defibrillator equipment, which performs electrocardiograms and automatic diagnoses of arterial pressure and the presence of oxygen and carbon dioxide in the blood-as well as the transportation of plasma and human organs for transplants.

Apart from being fitted with medical equipment, the vehicle will also have advanced technological apparatus' for receiving and transmitting information and images relating to particularly critical situations, such as road traffic accidents, fires and other disaster situations.

All this will be made possibile thanks to the use of other sophisticated equipment on board the 'Lamborghini Polizia', for example, the satellite navigational system with GSM microtelephone, the Provida system which records violations and sends images in real time, direct connection to the Police database as well as the Elsag 'Autodetector' system for number plate recognition and VHF-Polizia equipment.

The use of The Gallardo -which has a 10 cylinder, 5 litre, 500 hp engine and equipped with a full aluminium body - will also be possible in bad weather and road conditions due to its high performance with permanent four-wheel drive and special 'Sottozero' snow tyres developed by Pirelli for Lamborghini vehicles.

Printed from www.lambocars.com/gallardo/gallardo_polizia.html on August 6. 2020 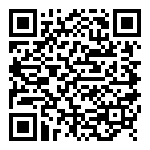