Gallardo PD-L800 by Prior Design

German based Prior Design is known worldwide for their amazing body kits mounted on some of the most impressive BMW and Mercedes cars, however the difference between high end, very powerful sport cars and an exotic like the Lamborghini Gallardo isn't as big as it used to be ... and with the production figures on the V10 Bull into the thousands it might by a nice idea to get into the exotic tuning scene ... and that is exactly what the people at Prior Design were thinking a while ago.

If you are getting into the high end tuning market for Italian supercars you might as well go all the way right from the start, Prior Design didn't waste time with a small spoiler and some custom leather ... the PD-L800 package just released shows Prior Design isn't playing around. This is a very impressive kit that makes the Gallardo models before 2008 look very intimidating ... almost a street legal race car with those very wide extensions up front and to the rear.

We've seen wide body Gallardo models before, the IMSA GTV was among the first ... and for a long time the only tuner to offer such a look on the early V10 model, later on the IMSA LP560-4 GTV came along and highly regarded Hamann unveiled their Victory model ... all wide body conversion kits for the entry level Lamborghini model ... today Prior Design joins the 'broad shoulders' group with their PD-L800.

At the moment the €12,900 PD-L800 kit only fits onto Gallardo built between 2003 and 2008, so the models prior to the LP560-4 evolution, and consists of a new front bumper, rear bumper, rear diffuser, front fenders, side sills, wide rear extensions, a massive rear wing and a roof mounted air intake ... all made from Dura-Flex Fiber Reinforced Plastic that allows a perfect paint finish and still enough flexibility to cope with the inevitable minor accidents.

Installation of these parts is very straightforward, allowing the entire wide body conversion to be executed with no modifications to these parts, hence lower cost ... Prior Design does offer a complete paint and installation package in their workshop to deliver the best finish of the end product.

A closer look at the parts show that the entire front bumper nicely replaces the original Gallardo unit, using the same fittings it just bolts on, same with the wide fenders up front ... each a complete unit that just bolts straight onto the original mountings. Side sills are a similar deal as is the rear bumper and lower diffuser ... however the rear wheel arch extensions need a different approach, these are 'glued' onto the original bodywork as it would be very expensive to replace the entire section behind the doors.

The rear wing bolts onto the engine cover, but it looks like the original small rear wing with the rear view camera remains in place ... probably a practical choice to avoid having to fill in the holes left after removing the original wing, the side plates on the new rear wing will increase stability at speed ... and then we get to the roof mounted air intake ... which isn't functional it seems. At the end of this air scoop we see an opening to let the air out again ... note Hamann did the exact same thing with their Victory model.

At the rear we now discover dual tips left and right, just like on the more recent Gallardo models, finished in matte black they look great on the white bodywork, a small detail are the covers on the taillights to make them look like the more recent LP560-4 units.

Last thing we see are the very nice, classic five spoke wheels mounted on this white Gallardo PD-L800 wide body kit, a very concave design at the rear that reminds us of ADV05 Deep Concave wheels ... but upon closer inspection of the photos we notice DPE on the crest ... but I don't think Prior Design would mind putting ADV.1 wheels on it.

There is no official information about this, but Prior Design is calling it the PD-L800 kit that is destined for the 2003-2008 Lamborghini Gallardo that has between 500 and 530 hp available in factory tuning ... will Prior Design upgrade the V10 engine to 800 hp too ? The figure isn't so difficult to obtain if you add a twin turbo onto the engine ... Underground Racing can reach 1500 hp with racing fuel ... however on a normally aspired Gallardo engine around 600 hp would be the limit to keep the engine running smoothly.

Printed from www.lambocars.com/gallardo/gallardo_pd-l800_by_prior_design.html on August 4. 2020 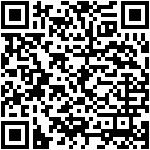