In May 2004 the Italian State Police received their first Lamborghini Gallardo, as a celebration of their 152nd anniversary, this amazing V10 high speed intervention unit was donated by Automobili Lamborghini SpA, however in 2005 the Polizia di Stato received a second, similar Gallardo.

A private ceremony was held at the Viminale Palace where Automobili Lamborghini S.p.A. donated a Gallardo LP560-4 Polizia to the head of the Italian State Police, Prefect Antonio Manganelli, this unit actually replaces the first car from 2004 and will begin his road service with the Lazio Highway Police Department as a vehicle to sustain security on the Italian roads and as an accident and crime prevention unit.

Note that the 2004 car currently has 87,000 Miles on the counter, mainly from patrols in central and southern Italy, as well as during emergency medical transports, the second car has seen service around Bologna and already shows over 62,000 Miles of road, this is adeqaute proof that these cars can sustain heavy road use with only regular maintenance, neither of these units required any major repairs during their work in the line of duty.

Before you start running to the police station to enroll note this ; only 30 officers will be allowed to drive the Gallardo Polizia, and they will all receive special training to use the equipment found inside this amazing super car, but also a multi day driving course from Lamborghini test drivers.

You will be able to encounter this amazing police car again in central and southern Italy, primarily on the motorway between Salerno and Reggio Calabria, due to it's high top speed the police beacon on the roof had to be designed specifically for the Gallardo Polizia, it is very flat but by using LED it has a massive visual impact, additional blue LED signals are mounted in the front air intakes, at the side and at the rear, just below those beautiful Y-shape taillights.

Printed from www.lambocars.com/gallardo/gallardo_lp560-4_polizia.html on August 5. 2020 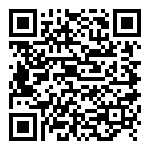