Finally the new 'entry level' Lamborghini was presented to the public, the long awaited Lamborghini Gallardo was introduced during the 2003 edition of the Geneva Auto Show, drawing a lot of attention and reactions ... both good and bad.
The styling of this new Lamborghini model was very refreshing, somewhat angular and odd shaped in some places, but very different from anything Automobili Lamborghini SpA ever offered in the past, Fabrizio Giugiaro (ItalDesign/Giugiaro) sketched the original design down but Luc Donckerwolcke at the new Lamborghini Centro Stile did the final touches.

By using a rather long wheelbase and short overhang to both the front and rear, the initial impression of the Gallardo was rather muscular and dynamic, while retaining a 'compact' look.
The 'forward leaning' side view mirrors tend to create an impression of motion, even at a standstill, when looking at the Gallardo from the side, while the taillights, which take the design of the upper air intakes and pull it towards the rear, were mounted on the outskirts of an adjustable rear wing. According to some sources, the design of the new Gallardo was actually inspired by modern fighter jets.

The front of the Gallardo remained rather similar to the Murcielago, the 'big brother' to this new model, with the same basic shape of the air intakes in the massive bumper/spoiler combination leading towards two water radiators and an oil cooler.

The headlights were razor-sharp looking, and when seen from the side, the most eye-catching items would be the air intakes and the special way the exterior mirrors were mounted. The Gallardo features large side intakes that start on the doors and cut deeply into the bodywork to allow fresh air into the engine compartment, additional intakes mounted on the wide shoulders should help to keep the V10 engine cool enough, by the way, this engine can be mounted underneath an optional, transparent cover, so the people looking at your brand new Lamborghini can also admire the new work of art that's used to push this car to a top speed of 309 Km/h.

The aluminum cylinder heads and block of this new engine were built at the Cosworth Technology factory (also owned by Audi AG), after which they are shipped to Györ in Hongary to be finished, much like other engines from the Audi range, this mighty engine was actually based on the Audi 4.2 V8 engine, sharing the 90 degree V-angle and bore centers, however the Lamborghini unit has a four valves per cylinder configuration instead of the 'Audi trademark' five valves and naturally two more cylinders.

Apparently Audi AG has decided to use the same engine in their new Audi super car, the Nuvolari, with a twin turbo configuration they expect to create about 600 Bhp at only 6100 rpm.

Using a dry sump lubrication system, the engine could be mounted very low into the chassis, the actual center of gravity of the Gallardo is situated at only 46 cm from the ground, with four valves per cylinder, dual-length intake manifolds, variable control for both intake and exhaust valves, this new engine pumped out 500 Bhp at 7800 rpm, with a torque value of 510 Nm at 4500 rpm, 80 percent of which was already available at only 1500 rpm, driving sensations guaranteed ...

An interesting note was that the entire aluminum space frame or so-called body-in-white of the Gallardo, built at Neckarsulm like the Audi A8 aluminum structure, only weighs about 250 kg, completely finished, much less than a traditional steel space frame chassis would be thanks to Audi AG's extensive experience in this field.

As already mentioned in pre-release articles, the doors on this Lamborghini open in the traditional way, the impressive upward swinging doors remain reserved for the big V12 powered model, another way of distinguishing the Gallardo from the Murcielago, but just like on the latter, the Gallardo has a rear wing installed that changes its angle according to the speed of the car, at 130 Km/h it moved into the upward position resulting in nearly zero upward force at high speeds, while below 80 Km/h it would return to it's original state, flush with the rest of the car.

The interior of the Gallardo also means business, very functional and finished in the finest materials, an optional E-gear will get rid of the gearshift lever on the central console, and adds two levers behind the steering wheel to control the sequential gearbox, if you stay with the standard gearbox, you'll have a state of the art six-speed unit at your fingertips to control the VT drive train which would send about 70 percent of the power to the rear wheels in normal driving conditions, in case of traction loss at the rear, the front wheels can receive up to 50 percent of the available 500 horses located behind your back.

The Gallardo presented an entire collection of airbags, the driver's and passenger's airbag were 'two-stage' models, while the airbags mounted in the seats protected both the body as the head of those seated inside this super car, other nice touches found inside the new Lamborghini were a great quality stereo and air-conditioning (straight from an Audi A8), while a big screen DVD navigation system was available as an option, again much like the one found on the Audi A8.

Early, independent, tests have shown that the E-gear option would be advisable, since the clutch pedal for the standard gearbox required the footrest for the driver to be moved slightly towards the seat, creating a rather strange seating position that could become annoying during a long drive.

The steering wheel is adjustable for reach and height, while the leather seats are electrically adjustable in all directions too, finding a decent driving position shouldn't be too difficult inside the Gallardo.

Note that the new Gallardo was the first Lamborghini to be built with massive 19-inch wheels right from the factory, perhaps these would become an option on the Murcielago, which used 'only' 18 inch wheels when introduced in 2001, a nice touch is the availability of 19 inch winter tires as an option, to improve 'everyday use' of the new Gallardo.

According to Mr Werner Mischke (chairman at Automobili Lamborghini SpA), for the first time in history a Lamborghini will be priced at exactly the same amount all over Europe, at 145.180 Euro (around US $ 165,000) the Gallardo should be a worthy competitor in the rather crowed area of the 'smaller' super cars, makes like Ferrari, Porsche and Aston Martin were also very busy in this small market, but it seems the Gallardo could be a very though car to beat when put side by side for a comparison, let's wait and see what the first production cars will feel like on the open road when tested by the, sometimes, notorious motoring press.

One of the first independent road tests revealed some interesting points, the standard ESP couldn't be completely de-activated, apparently the button on the dashboard doesn't allow the Electronic Slip Prevention to be cut off entirely, it still kicks in when driving close to the limits of the car, preventing a overly 'sporty' way of driving in favor of safety.

The cars with the optional e-Gear actually have a reprogrammed ESP system, allowing a more sporty way of driving because the threshold of activation for the ESP has been increased, note however that this threshold is set at such a level that I doubt most owners will ever reach it on the open road.

Another point the journalist noted was the fact that the engine had a very distinguished sound, not raw or anything, but more like a deep roaring sound, less loud than a Murcielago actually, also the controlling of the e-Gear could still be improved, shifting up or down sometimes isn't as smooth as it should be. Note however that any tests have been performed on pre-production models, so some changes could still be made before the first customer cars arrive in September 2003.

The optional e-Gear offers three settings, Automatic, Normal and Sport, the first one puts the focus on comfort while Normal allows the driver to switch gears manually although when reaching the maximum rpm's, the electronic controls take over and shift upwards automatically. The Sport setting on the other hand will not 'shift up' automatically and dramatically shortens the time to shift gears.

Perhaps not perfect, but the standard six speed gearbox, although it retains the magnificent 'shifting grid' on the central tunnel, uses two cables to transmit the gearlever movement ...
The Lamborghini Gallardo is actually the first 'series' production car that uses the new Koni FSD dampers. Koni's Frequency Selective Damping is a passive system that allows the suspension to be modified according to road conditions, these dampers are set 'hard' when their frequency is below 7 Hertz (7 compressions and extensions of the damper per second), while a valve is opened when this frequency is reached, resulting in a softer setting to allow more movement of the wheels to improve comfort on bad roads.

The optional 'sport suspension' doesn't lower the car this time, to avoid damage to the already very low bodywork and chassis, but instead it increases 'stiffness' by 15 percent at the front and 20 percent at the rear.

The initial setup of the suspension was to have the Gallardo understeer mildly when entering a curve, while understeer would return to neutral during the curve and remain neutral on exiting.

When driving the Gallardo during an Italian test in June 2003, the car had such a smooth drive it couldn't be compared with anything else on the super car market today, while retaining a firm control of body roll while cornering and perfect handling of pitch and roll.
The rather controversial styling of the Lamborghini Gallardo caused some very emotional reactions among current Lamborghini owners, they didn't love the Murcielago either at first, and now the Gallardo is another step from the brutal Countach and magnificent Miura.
It looks like Automobili Lamborghini SpA shed the past and headed towards the future at a very high speed, putting the current models at a level of finish and drivability never seen before on a Lamborghini, extremely reliable and somewhat easier to drive, compared to the heavy clutch on a Countach for instance, it is obvious that since the Audi AG takeover, Automobili Lamborghini SpA came a long way from the 'out of this world' brutality of the Countach and the sensual lines of the Miura, without even mentioning the classic GT's from the late Sixties and early Seventies, perhaps the company is looking for 'new' buyers instead of appealing to current Lamborghini owners ...

With a projected production of nearly 1200 Gallardo's each year (note that 3500 Modena's are being built each year), a lot of new buyer's are required which is probably one of the reasons why the current 50 worldwide dealers will be expanded up to 80 official dealerships ...

Printed from www.lambocars.com/gallardo/gallardo_5_0.html on September 29. 2020 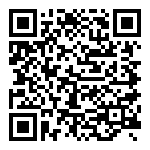