At the Geneva Motor Show, the House of the Raging Bull will present a new design study that renews a great Lamborghini tradition.

Created at the Centro Stile Lamborghini in Sant'Agata Bolognese by Luc Donckerwolke, Head of Lamborghini Design, the 'Concept S' is his extreme interpretation of an 'open car'. Using the Gallardo as a basis, Donckerwolke drew inspiration from the classic single-seater racing cars of the past to create this latest design study.

The classic single-seaters did not have a traditional windscreen, but utilised the so-called 'saute-vent' (in French: a sudden change in the wind) in order to direct air over the head of the driver - and so does the 'Concept S'. These devices divide the cabin into two distinct compartments, giving the car an aggressive and futuristic look and also creating a space between them that acts as an additional air inlet for the powerful engine, which is positioned behind the seats.

An electronically controlled, retractable central rear view mirror allows the driver - when required - to see what is happening behind the car.

The aerodynamics of the 'Concept S' have been optimised thanks to front and rear spoilers and a large rear diffuser.

Printed from www.lambocars.com/gallardo/concept_s_prototype.html on August 4. 2020 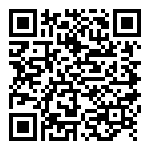