In 1999, a German based tuner presented a rather special Diablo, based on the SV-version available from the factory, they created a true race car for road use, much like the Diablo GT which would be presented later by Automobili Lamborghini SpA.

The most visible change at the front was the use of small, fixed dual headlights, much like the Strosek tuned version, the standard SV front spoiler was altered slightly, some details were added at the lower part to enhance the race feeling the car emerges and at the sides of the spoiler, the by now famous 'cup'-wings were installed to increase stability and down force on the front wheels at high speed.

A race-derived front towing ring was naturally mounted too, together with small, Carbon Fiber exterior rear view mirrors, probably taken directly from a Formula One car, the lower side panels of the Racetec Diablo look like the ones used on the SV-R version, they are even lower than the originals, so going over speed-bumps will take some patience and care, but it looks stunning.

The entire rear bumper was removed and a newly designed one was installed, this one incorporated a special aerofoil to get as much down force as possible from the air flowing underneath the car, while a large, fully adjustable wing was also installed at the rear of this Diablo.

The glass was removed from the doors and replaced with Plexiglas units with a built in sliding part, just like a real race car, which this Racetec Diablo could very well be, with engine tuning pumping out 690 Bhp, this specific Diablo was very fast, allowing a top speed of 330 K/h for a car with a total weight of 1420 Kg.

The current whereabouts of this car are unknown to me, but if you have any more information or images of this Diablo, please contact us.

Printed from www.lambocars.com/diablo/racetec_diablo_tuning.html on July 10. 2020 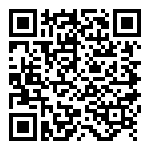