When Audi AG took over the company they naturally installed their own designers to develop the successor to the successful Diablo. A worthy heir would be difficult if not impossible to create, but time was pressing, and the original design of the Diablo had not changed too much over nearly ten years.

So first thing, Luc Donckerwolcke was asked to do when taking the job of designer at Automobili Lamborghini SpA for Audi AG was to modernize the Diablo design, and make this super car last at least one more year to bridge the gap to the introduction of the new Murciélago.

Hence the Diablo VT 6.0 was born, a major development of the original Gandini design, not only on the outside but also on the inside and the underpinnings of the Lamborghini flagship. Without a doubt it was safe to say that the latest VT 6.0 model was by far the best Diablo ever, perhaps not the most exiting but surely the easiest to drive … a daily driver ?

You can't mistake a VT 6.0 model any of the previous Diablo models, the massive front bumper now features two large air intakes, naturally the fixed headlights are still there, but that's about the only thing, together with the doors, that was taken from the earlier models.

Big, 18 inch mono block wheels in an innovative design were mounted, reminiscent of the early five hole dial wheels of the Countach, with an impressive inward curve on the wide rear ones, initially this 6.0 Litre model was only available in VT transmission, but during the production it became obvious that some people just couldn't do without rear wheel drive only. So on special order you could have the factory build you a Diablo 6.0 model with traction on the massive rear wheels only … just to have more fun !

Central mounted, dual exhaust the size of an adult tree were used to help the new 6.0 litre V12 engine get rid of it's fumes, naturally this engine was based on the one found in the limited edition GT model from 1999, and a further development of this engine will again be used for the successor to the Diablo.

With a power output of 550 Bhp directly from the factory, the Diablo VT 6.0 was again to be considered a major competitor in the super car league, and Automobili Lamborghini SpA focused all their resources on this final Diablo model and the successor, all other models in the range were halted, no more Roadster or SV models were offered.

The magnificent, classic yet still fresh bodywork of the Diablo VT 6.0 was mainly made up of Carbon Fibre on this model, clearly visible when you open the engine lid, the inside is shining Carbon, no mistake about that.

On the inside things were modified too, the pedals were now mounted slightly differently allowing more space around them, a massive Carbon Fibre central console was sure to draw a lot of attention while the new steering wheel with down ward facing spokes reminds us of the early 350 GTV model with similar spokes.

Also a totally new air-conditioning system was mounted, allowing the cabin to have a more than decent 'cooling' when the V12 was putting some sweat in your palms.

We must admit that this final Diablo evolution was a very nice 'improvisation' by Automobili Lamborghini SpA, the successor, which would become the Murciélago we would later discover, wasn't ready yet in 2000, so an intermediate solution was to be found to keep the factory running, and it did run.

The Diablo VT 6.0 model sold very well for a temporary model, and several hundreds were built, eventually even a limited edition SE model, before the new Murciélago took over the position of flagship at Sant'Agata. 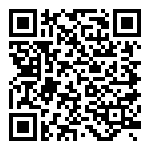