Finally in 1993, after 3 years of the 2WD Diablo production, Automobili Lamborghini SpA presented the next step in Italian super cars.

The Diablo VT, a four-wheel drive evolution of the Diablo, well not exactly, the VT stood for 'Viscous Traction', and meant that part of the power could be moved to the front wheels, when the rear ones lost their grip.

However, that was not the only difference between the Diablo and the Diablo VT, the latter became much more refined than the earlier 2 Wheel Drive version, among others the air circulation within the passenger's compartment was modified to have the standard air conditioning perform better.

The VT had standard power-steering and used electronically adjustable Koni shock absorbers, with four settings chosen manually or by the computer.

Because of the power transfer to the front wheels (maximum 25%), the front tires had to be made smaller, now 235/40 ZR 17 Pirelli P Zero's were mounted instead of the 245's on the standard Diablo, the rear tires remained the massive 335/35 ZR 17 ones as used on the two-wheel drive version.

The main exterior difference between the Diablo and the VT version were the air intakes underneath the front warning lights to improve the brake cooling, and the larger air intakes in front of the rear wheels, although these modifications later found their way to the Diablo 2wd too, making the exterior difference between them only noticeable by the rear mounted 'VT' logo.

On the VT the exterior rear view mirrors were finished in the body color, but these modifications would also appear on the 'normal' Diablo according to Automobili Lamborghini SpA, although it was rumored in 1994 that the two-wheel drive Diablo production would be halted in favor of the VT type, fortunately this didn't happen until late 1998, when another evolution of the Diablo was presented.

On the inside the Diablo VT got a redesigned dashboard, the big block in the 'old' Diablo was removed and a smaller, more refined one was used for the VT, but in the latter it was fixed, while in the early Diablo it could be adjusted in height, when using the necessary tools.

Less well visible changes included the engine, on the Diablo VT it became surrounded by a carbon fiber case placed in the engine compartment, also the entire appearance of the engine was made neater with a nice cover over the manifolds.

The timing system was improved to reduce the noise and the engine was kept cooler by redesigning the air intakes.

The brakes on the VT were also upgraded, to four piston Brembo units instead of the earlier two-piston units.

The Diablo VT was easier to handle, the 'normal' Diablo suffered from over steer when cornering at its limit, but on the VT the steering became much more neutral, less demanding.

Some early publications stated the rear wing was a way to spot the VT version next to the standard Diablo, but it was still an option on both types, and a very expensive one too, other options included a factory fitted luggage set and an upgraded Alpine stereo system with a remote compact disk changer.

Printed from www.lambocars.com/diablo/diablo_vt.html on September 19. 2020 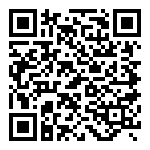