In 1998 a special edition Diablo SV was created for the United States market, the Diablo SV Monterey.

This very special limited Diablo SV edition was only 20 times made, so they were sold out almost at once, and prices went up. If you could obtain one through some dealer you would have to pay a large amount of money.

The Monterey Edition used a slightly redesigned air intake in front of the rear wheels, similar to the ones used on the Diablo SE30 and the Diablo VT Roadster models.

Some sources state horsepower rating was over 535 Bhp much like the 530 Bhp found in the Diablo SV from 1999 on, but that number wasn't confirmed by any official source, so it is safe to assume that the engine was similar to the one from the normal 1998 Diablo SV, which still was able to deliver 510 Bhp to those massive rear wheels.

Some of the 20 cars built were finished in rather strange colors like Lime Green, Pearl Yellow, Verde Scandal and Le Mans Blue, while the very last one, number 20 was finished in Lightning Blue over cream and was sold through Prestige Imports in Florida.

A red car with Chromed wheels featured on these pages was in fact number 3 of 20, driven by none other than Mario Andretti in front of 50 other Lamborghini cars during 'The run of the Bulls'. This car was in fact finished in Rosa Targa, a special metallic paint that changed shade from red to purple according to the surrounding light, with a bright white leather upholstery. This specific car also included the Carbon Fibre gear shifter, leather luggage set and an engine pumping out over 550 Bhp, a Brembo 15 inch drilled disk brake set and to finish the list a custom made Tubi exhaust system.

A new Lamborghini Diablo SV Monterey would set you back about $ 245,000 in 1998, if you could locate one, note however that since this Monterey edition was the very last Diablo model using the pop-up headlight treatment, it was destined to become an true collectible. Later it became obvious that this was not going to happen, people preferred the 1999 fixed headlights more, and even the rarity of only 20 SV Monterey edition Diablo didn't overcome this issue. A Diablo SV Monterey will still demand a slight premium over another 1998 Diablo SV, but the difference will not be large, the state of the car will determine the value.

Printed from www.lambocars.com/diablo/diablo_sv_monterey_edition.html on October 28. 2020 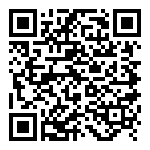