On the early 2000 Detroit Auto show, Automobili Lamborghini SpA announced the Diablo VT 6.0 would be the only Lamborghini built for the 2000 production year, a few Diablo GTR were still being finished at that time, but all other types would be cancelled, including the stunning SV and amazing Roadster model.

This car was a special Diablo Roadster version made during the 2000 production year in a limited production run of only 30 cars, only 10 would be made for the United States market, the remaining 20 were available to European and Middle Eastern customers.

The cars for the US were only available in a special mixture, Titanium Metallic finish, in fact it was actually a shade lighter than the earlier Titanium metallic color available for the Roadster, but the biggest difference was on the inside, a two tone leather interior. On the Titanium version the seats were covered with a mix of gray and black leather, a very nice combination that made the interior look brighter.

Another feature for the Millennium Roadster was the use of a clear Carbon Fiber rear spoiler, mounted on this Millennium Metallic Roadster's Titanium finish it looked great.

Other markets outside the USA could order a Millennium Roadster finished in Yellow, again with a two tone, yellow and black leather interior, some didn't have the Carbon Fiber rear wing installed, but the yellow bodywork combined with the black and yellow leather really impressed.

Another very well received feature for the Metallico Millennium Roadster was the use of the shorter SV type rear differential ratio, this meant the Diablo VT drive train was coupled to an SV-type Bevel gear type differential with a 1 to 2.53 ratio instead of the VT 1 to 2.41 ratio, giving a phenomenal driving experience for this extremely limited automobile.

Automobili Lamborghini SpA intended to have a brand new Roadster ready by 2003, of course this one would be based on the successor to the current Diablo, which was still to be presented at the 2001 Geneva Auto Show, but would take until September 2001 ... called the Murciélago, with a subsequent Roadster version seeing daylight as a production model as late as March 2004, nearly four years after the last Diablo Roadster left the factory at Sant'Agata.

Printed from www.lambocars.com/diablo/diablo_millennium_roadster.html on June 1. 2020 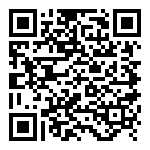