A French designer, Hermidas, tried his hands at the Diablo too, he altered the overall look of the Gandini designed super car but remained true to the original idea, a brutal, very stylish race car for the road.

Hermidas replaced the front bumper with one using two new air intakes to cool the front disk brakes, the fog lights were removed and became incorporated into the fixed headlight units which replaced the old fashioned pop-up ones. A similar idea would later be used by Lamborghini on their 1999 specifications Diablo.

The air intakes in front of the windshield became larger to allow a more decent airflow into the air conditioning system, two big air scopes were mounted on the engine cover, which needed to be redesigned for this and now became transparent to show the fantastic V-12 to the public eye.

The standard rear wing was removed and a new, more aerodynamic one, was installed directly on the engine cover.

The air intakes in front of the rear wheels were redesigned and used two horizontal intakes to cool down the new massive perforated rear disks. The rear bumper was replaced and became more closely integrated into the overall design, but it kept the down force functionality of the original one.

One the inside changed were little but numerous, the entire interior was upholstered in a very soft English leather, a high power HiFi installation was installed using two sub woofers, and eight additional speakers just about everywhere a place could be found, coupled to four amplifiers with a measured value of over 1000 Watt RMS. A radio/MiniDisc mounted in the dashboard and a 10 disk CD changer stuffed away in the compartment between the seats supplied all the music you could ever needed.

Some sources state a small LCD color display was also mounted coupled to a rear view camera system to facilitate backing up this exotic, but this could have been installed afterwards, the original specifications didn't state this option.

The wheels remained standard at first, but later they were replaced with 18 inch OZ wheels using a multi-piece five spoke design, with the wheel crest painted in the same pearl metallic grey as the exterior of the car.

As far as I can tell, only one of these Hermidas Specials was ever built, and it remained in France, showing op sometimes on Auto Shows. If you took a close look at the official Diablo SV released in 1999 by Lamborghini you could find several similarities, the top mounted air intakes and the fixed headlight units were a really great idea back when Hermidas thought of them. It took two more years for Lamborghini to see this and implement these changes on their flagship.

Printed from www.lambocars.com/diablo/diablo_hermidas_tuning.html on August 6. 2020 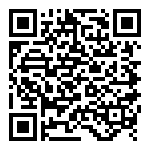