During the 1999 production year, a very special series of only 12 Diablo was built for the United States market to celebrate the close relationship between Automobili Lamborghini SpA and Alpine Car Audio. The well known Diablo VT model was used as a base to show the world what could be done with car electronics those days.

All 12 1999 Lamborghini Diablo VT received state of the art Alpine in-car equipment including a radar/laser detection system. The CVA-1005 Alpine Multimedia station with integrated navigation system was the base unit. Naturally an Alpine DVD player and 6 disk CD changer were installed together with special Alpine tweeters, midrange and a massive sub woofer, however two separate remote controls were needed to pilot all of this equipment.

Other unique Alpine Edition features could be found inside the Diablo VT were Carbon Fiber interior trim and special Alpine logo's and a production number was embroided on both headrests together with custom made Alpine floor mats.

The exterior of the car was mostly like a standard 1999 edition VT for the US market, using the Roadster type front and rear bumpers together with the rims which on most Alpine Editions were chromed with gold plated fixing screws, while a color coded SV style rear wing was mounted featuring a Carbon Fiber adjustable fin.

Other special Alpine Edition features on the outside were Carbon Fiber fins on the air intakes in front of the rear wheels and clear Carbon Fiber taillight bezels, the Xenon headlights also received a nice Carbon Fiber 'eyebrow' and the door trim was also finished in this lightweight material.

A custom made black car cover was delivered with these cars which featured a massive Alpine logo embroid on it.

The massive V12 engine was left alone, no tuning was performed on it, however the central cover was now made of Carbon Fiber on these Alpine Edition,.

The center console received the small color TV screen from the multimedia set, connected to a rear mounted camera, it allowed much easier parking of this 2 meter wide exotic. The gear lever was finished in Carbon and received an Alpine Limited Edition crest with the serial number of that specific car.

Note however that a few Lamborghini Diablo Alpine Editions were also built on the 1998 Diablo SV model, while in 1999 the Diablo VT was used, there was at least one 1998 Diablo SV Alpine edition made, finished in a bright blue as seen on the Diablo SV factory presentation car complete with the trademark SV decal on the side, however this SV Alpine is not counted toward the 12 Diablo Alpine editions built in 1999.

Printed from www.lambocars.com/diablo/diablo_alpine_edition.html on July 10. 2020 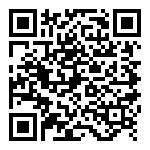