After working on the closed version of the Diablo, Roland Affolter took on the VT Roadster, this was somewhat more delicate, since the lines of the Roadster aren't quite the same as for the two-door editions. But Affolter did manage to do a great job on the magnificent Diablo VT Roadster.

He started by removing the original Carbon Fiber roof and replaced it with a new design, incorporating a glass part just above the front seats, this way the cockpit received a lot more light and the overall impression of room was emphasized this way.

Another neat trick performed by Roland Affolter was the possibility to open and close this new roof-top by remote control, by pressing of a button, several electric motors lifted the rear of the roof and moved it back wards onto the engine cover. A real show when performing this with a crowd surrounding your Roadster.

Affolter also replaced the engine cover for a more up to date one, using a transparent Plexiglas part, showing the engine through it, much like on the Ferrari F40 and F50. The Plexiglas used for the engine cover received the same green tinting as the glass used for the windscreen and the side windows. The Diablo Roadster Evolution also received the other special spoilers from Affolter, like the massive rear wing with adjustable central part finished in Carbon Fiber and the fully integrated rear bumper with the four central-mounted exhaust pipes.

The deep front spoiler found on the two-door Evolution was also mounted on some Roadsters, together with the air extractor built into the front hood, between the glass covered front headlight units. The rear light units received small cover at the top to better integrated them into the rear part of the car, later on the Evolution cars, these were fully integrated into the bodywork.

Printed from www.lambocars.com/diablo/affolter_diablo_roadster.html on August 6. 2020 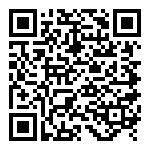