No Lamborghini had ever officially raced under their name, several private parties had entered Lamborghini's in races, but never with any success though.

In 1985, David Jolliffe, the Lamborghini importer in Britain, which was Portman, decided to use a modified Countach LP5000S for racing in Group B, but the Countach wasn't built in sufficient numbers to allow its entry in the suitable Groups.

This didn't worry Jolliffe much, he then started building a completely new car to Group C regulations. He received a Countach QV engine with a 5.7-Liter displacement, which was modified at the factory under the directions of Luigi Marmiroli and used the data withdrawn from the victorious marine engines. This engine was coupled to a Hewland VG-C race transmission, and pumped out a promising 650 to 700 Bhp.

Jolliffe had the chassis made by Spice Engineering, and CC Racing Developments, actually CC Motorsports in Kirbymooreside, England, entered the car in the 1986 World Championship with Tiff Needell and Mauro Baldi as the drivers of this black monster.

But the big problem was money, only one sponsor could be found for this project, Unipart, Britain's biggest spare parts factory, would support the Countach QVX, as it was officially called, to promote Unipart's new high-performance oil 'Unipart Supreme'. The car made a promising debut in April 1985, and ran a few races without any success, but the money soon ran out and the Countach QVX disappeared.

It would certainly be able to do better, because it was very close to the Jaguar that actually won the World Championship in Group C, only the Lamborghini powered car was more powerful.

Printed from www.lambocars.com/countach/countach_qvx_race_car.html on July 14. 2020 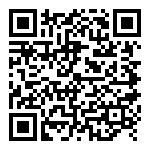