This bright red Lamborghini Countach Quattrovalvole was sold back in 1986 by Sterca in Belgium, however later on chassis number GLA12026 ended up in the hands of a Dutch enthusiast ... along the way this V12 Bull received some transformations.

From the front this Lamborghini might look like any other factory original Quattrovalvole finished in the popular red shade over a black leather interior ... but when you come around the back of this Bull things change considerably ... at one point there was no rear wing on this car, but when I encountered her in 2001 the magnificent Countach wing was in place on top of a very special engine cover.

The original QV engine cover with the 'bulb' in the middle and the luggage compartment cover have been removed completely and replaced with a set of six carbon fiber 'fins' or louvers ... the angle of which can be electrically adjusted from behind the steering wheel.

If you take a look at the four exhaust tips on this red Countach Quattrovalvole you immediately notice these aren't stock either, you just know these will be thundering loud when that V12 is ignited into life ... but things get even better ... take a look at those two round canisters where the luggage compartment usually sits on a Countach.

Nope, those aren't part of a NOS, Nitrous Oxide system ... instead these are directly connected to the exhaust system ... and turn the latter into an amazing flame thrower ... not only is this Countach loud as hell, she will burn your eyebrows clear away too.

According to the owner this new design of the air box and engine cover makes the Countach perform even better than when she left the factory, because the louvers can be completely closed the engine will warm up a lot quicker as no hot air can escape, and when temperature rises the driver can just 'open' the fins and keep the V12 at normal heat ... the performance is said to be stable throughout the entire rpm range thanks to the improved air box design.

Printed from www.lambocars.com/countach/countach_quattrovalvole_custom.html on August 7. 2020 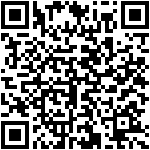