The Lamborghini Countach has entered the automotive history as a true classic by now, being built until 1989 in various evolutions from the classic, narrow body LP400 model over the wild looking LP400 S, LP500 S and finally Quattrovalvole and 25th Anniversary edition ... the Countach was the model that introduced the by now trademark 'scissor' doors.

About 25 years after the last Countach left the production line in Sant'Agata these cars still turn heads wherever they go and this customized Lamborghini Countach LP400 S is no exception. This car actually had a Vortech charger installed on the massive V12 engine, this means the Vortech charger compresses air by forcing it into the engine using two closely fitted longitudinal screws, the blower is actually directly coupled to the engine, therefore it does consume a little horsepower to operate, but the output gain easily overcomes this.

An exact power output for this car is difficult, it does pump out 429 Bhp at a pressure of 0.45 bar, which is the limit to comply with the laws in Switzerland, however when running at 0.8 bar the power output is a staggering 523 Bhp, unfortunately at that pressure setting the car is no longer street legal in Switzerland so the owner keeps it running at 0.45 bar. Furthermore this car no longer has carburetors as the owner fitted an electronic fuel injection and two Motec Computers for the motor-management.

Note that the exterior and interior were also slightly tuned, this dark metallic car has a bright red interior, to get the interior to the same level as the engine tuning, the standard seats were removed and replaced by two Alcantara covered racing type bucket seats complete with four-point Sabelt seat belts.

The steering wheel was also replaced with a nice red one, covered in the same Alcantara, while the gear knob is now a Momo Fighter type unit, last but not least the pedals were removed and nice looking aluminum ones were installed, to finish the interior the door panels were covered in red leather with magnificent Carbon Fiber inserts.

Even a standard engine needs enough cool air but a charged one like this needs even more oxygen to keep it at normal working temperatures, therefore the owner had a very nice touch added to the car, the engine cover has been replaced by a new one that looks very much like the later Diablo Jota type one, with two air intakes feeding air directly onto the blowers that have been installed.

At first this magnificent piece of automotive artwork had standard wheel, but later on the owner changed these for the stunning custom ones seen on my photos (taken in 2001), fully chromed three-piece 17 inch units with a truly awesome rim width at the rear axle, front wheels are 9x17 inch with 235/40 tires covering special Alcon Race type disk brakes, while the massive rear wheels measure a whopping 13x17 inch and are shed with 335/35 tires, just like on the early Diablo models.

Also note the special aluminum fuel cap installed on this Countach as a final touch, all in all a very nice looking car that some may consider uninteresting because it is no longer standard, but if nobody ever modified anything on a Lamborghini Walter Wolf would have never given us the Countach S-Series.

This specific Countach is extremely quick and very easy to drive, the engine tuning is not overdone so driving and maintaining it is still rather easy and the engine has performed several thousands of kilometers without any problems whatsoever ...

Printed from www.lambocars.com/countach/countach_lp400_s_with_vortech_charger.html on July 7. 2020 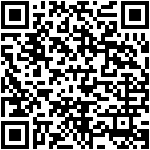