Paolo Stanzani was asked to prepare two special cars in 1976, with engine revisions up to 400 Bhp, and using the then new Pirelli P7 tires.

The first car (nr.188) was finished in a bright red, with a black interior and was delivered to an Italian customer, but the second, finished in a brilliant Bugatti light-blue, with a natural leather upholstery with gold colored wheels and pin striping became the famous Walter Wolf Countach.
This specific car, nr. 202 was recently restructured by the factory and it still wears these original colors.

These two cars would in fact be considered to be the prototypes of what later would be developed into the Countach LP400 S production model.

The LP400 S was the first revision of the Lamborghini Countach, the differences between the LP400 and the LP400 S were not only visible on the outside, although that is where they were most obvious, but the entire suspension geometry had to be redone to cope with the very wide rear wheels.

Walter Wolf could actually be held responsible for the LP400 S to be launched by Automobili Lamborghini, he had two of his cars equipped with a custom built 5.0-Liter engine, just like the one Bob Wallace blew up in 1971. But what was more important, he also had wider Pirelli P7 tires installed on these cars, and had the complete suspension geometry redesigned by Dallara to be able to mount these massive wheels.

When he bought his third personalized Countach, he convinced Lamborghini SpA to take a look at commercializing 'his' modifications. But they didn't follow the Walter Wolf 'treatment' completely, the wide Pirelli low-profile high-tech P7 tires were adopted, now mounted on new five-hole telephone-dial rims, as seen on the Bertone's Bravo show car, the rear ones were 12 inch wide over a 15 inch height.

To be able to fully use the extra grip of these tires, Dallara had to return to Lamborghini SpA and completely redesign the suspension of the Countach, because of the massive width of these tires it was necessary to keep them as horizontal as possible on the tarmac at all times.

To complete the exterior changes, four large fiberglass wheel arch extenders were installed, the front ones connected by a deep chin spoiler, while the rear wing wasn't available at the start of the LP400 S production, it was a popular option later on.

Note that the 3rd Wolf car, which was used as the Geneva car show, didn't have the rear wing during that show, it was mounted later, after he took delivery of the car.

Demand for the LP400 S increased and also the rear wing seen on Wolf's cars became a highly requested item, later Lamborghini SpA was forced to offer it as on option on the Countach, at first it was a large wing mounted on two vertical fins, later two end plates were added at the outer limits of the wing.
All these appendages, together with a slight decrease in engine power to 352 Bhp, to make the Countach easier to handle, made the LP400 S slower than the LP400, therefore Lamborghini decided to keep the LP400 in production along with the new S-type.

It is noteworthy however that some LP400 S models still had the original LP400 engine with 375 Bhp the original Weber carburetors with the high lift camshafts and higher compression, without any emission equipment, while later most cars imported into the United States had to be 'federalized' and power dropped even further to 325 Bhp.

All the special tacked-on items made the bodywork less aerodynamic, but the Countach now looked even more aggressive, ready to tear the road to pieces with it's ground-hugging front spoiler and the widest tires in existence (345mm width still remains the widest available, even today) mounted at the rear.

The suspension was later raised three centimeters, because most customers damaged the deep front spoiler, hitting the sidewalk with it, also during the 1981 production run, the wheels were changed to a simpler design, which would be used right up to the LP 5000 QuattroValvole, note however that the first 24 cars had magnesium wheels, which in the late Seventies were about US $ 2000 each, afterward the wheels were made of aluminum, which were actually a lot cheaper than the exotic magnesium ones, the suspension was modified with new shock absorbers, way Assauto.

At that time the dashboard was also changed, and bigger Jaeger instrumentation (the LP400 used Stewart Warner ones) was installed, the speedometer now started at 20 km/h instead of 40 km/h as on the earlier ones, also different steering wheels were mounted during the LP400 S production.
The roof was raised another three centimeters on the inside, starting from chassis nr. 1121312, to improve the comfort of taller driver, but still nobody taller than 180 cm would fit into the tight cockpit, the tunnel in the roof, which the LP500 used for its rear view mirror, was actually removed and provided these three cm extra space.

The accelerator pedal became hinged from the top and the handbrake lever was moved to the right of the driver.

On the 1979 Frankfurt Auto Show, a silver-gray Countach was displayed with new, rectangular rear view mirrors, which would be installed on several cars. Next to this car was a turbo-charged V-12 engine, but it was actually only a mock-up, it was never functional, and the Lamborghini factory never produced a turbo-charged Countach.

Also note that the moment the LP400 S was available for sale, the demand of the original LP400 dropped dramatically, and a new demand was unintentionally created by Lamborghini SpA, several owners of the original LP400 Countach requested to have their car turned into an S-series look alike, now here things start getting complicated, some LP 400's got the front spoiler and wheel arch extension, but not the expensive wheels and different suspension, while other LP400's were 'retrofitted' with the entire S-series options.

The factory was also persuaded by several wealthy customers to convert brand new LP400's into the LP400 S model, complete with front spoiler, wheel arches and massive rear wheels with the special setup suspension. You might wonder why? The answer was simple : these cars still had the 375 Bhp engine as mentioned earlier, so these would easily outperform any 'original' LP400 S on the open road.

Printed from www.lambocars.com/countach/countach_lp400_s.html on August 3. 2020 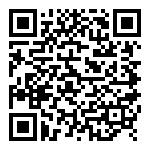