A lot of work still had to be done before the Countach could go into even limited production.

The show car was only a prototype and the engine that was installed into it blew up on the first tests, the car could be saved but the engine needed too much work to be made reliable enough for production, so they returned to the 4.0-Liter unit.

Other outside changes were the installing of an effective windshield wiper system with one big wiper and a smaller one, and a rear view mirror was put on the bodywork. A change that was less well visible was the raised 'bumper point' to reduce the nose slope, because at high speed the steering became very heavy.

Nevertheless, apart from these changes the LP 500 was right to start with, the car was very fast, looked stunning and offered superior handling over the Miura SV.

On the 1973 Geneva Auto Show, the first LP400 Countach prototype was shown, painted in a bright red and with a black suede interior. It showed the air intakes and the NACA ducts and had the 4.0-Liter engine installed, on the inside, the digital gauges were removed and the periscope rear view mirror was abandoned.

After the show closed, Bob Wallace used this car to perform various hard road and track tests. These tests led to a second LP400 Countach, which now used the tubular chassis. Driving lights were built into the front bumper, together with air intakes underneath it for the front brakes, and the installed windshield wiper was the same as on the actual production cars, while the first, red prototype used two wipers.

This dark green with brown upholstery Countach was shown to the public on the 1973 Paris Auto Show. This specific prototype was used to construct the 'Master model', a wooden construction that the panel beaters used to form the body panels on.

However, some small changed were still made, the body was made 13 cm longer, and the curvature of the rear mudguard was raised a few centimeters. During the autumn of 1973, the first production prototype was constructed entirely in the Lamborghini factory; this car featured the final side window arrangement using three pieces of glass instead of the previous two. In addition, the final interior styling was carried out; now the dashboard was equipped with American Stewart Warner instrumentation. This first production prototype was finished in a bright yellow with natural brown upholstery; the dashboard was covered with dark brown suede.

This was the car that would be featured in the factory folder (see illustration) and was shown on 1974 Geneva Auto Show.

It took the development team three long years to convert the LP500 into a production car, but by this time, while the first LP400 Countach was shown on the 1974 Geneva Auto Show, Ferruccio Lamborghini sold his company to the Swiss Georges-Henri Rosetti and Rene Leimer. The future of Automobili Ferruccio Lamborghini did not look as bright as the yellow Countach, but it was this single model that would keep the company alive over many troublesome years.

The first production Countach left the factory on April 11, 1974 and was delivered to a customer in Milan. Today this first production model of the Countach is considered to be the most valuable, these cars were actually among the fastest Countach ever, even the QV that was introduced during the Eighties had trouble keeping up with a finely tuned LP400 model.

After the initial LP400 model the factory came up with every boys dream, the LP400 S, wide wheels arches, massive Pirelli tires and big wings, some even at the front or on the roof of the Countach.

However purists among the Lamborghini enthusiasts see the original LP400 Countach as the only ‘uncluttered’ model made of this exotic among super cars, no wings, no wide wheels, just pure lines … that's all the Lamborghini Countach needed to become the best selling car Lamborghini saw until then, these LP400 models are considered to be the most interesting Countach these days from an investment point of view, only a handful remain, and even less are in perfect condition. A model that would remain in production for many years, until in the early Nineties the Diablo would take over the reign of the Countach … the latter still remains the ultimate car for an entire generation of people.

Many students had this Lamborghini featured on a poster in their bedrooms, with or without the usual female addition; there is probably not a single scale car collector in the world that doesn’t have at least one model of the Countach in his possession.

Printed from www.lambocars.com/countach/countach_lp400.html on September 24. 2020 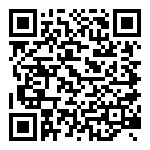