The German based Ferrari concession holder, Walter Koenig used to transform Ferrari's Boxer into a real road-ready race car. After he did a few conversions on these Ferrari's and on some Porsche Turbo's, he tried something a little different and less extremely restyled, the 1983 Countach LP500 S on this page.

The Candy Apple (r) Red metallic paint job on this specific example was flawless, you have to see the real thing to really appreciate it.

Walter Koenig mounted some side skirts to connect the front and rear wheel arches together, a new redesigned rear wing with dropping ends was also installed. Koenig used the standard wheels on this car, but he did paint the wheel crests in the cars exterior color, this was done because the customer wanted them this way, normally Walter Koenig replaced them with massive multi-piece BBS wheels using a gold painted crest over high gloss polished rims.

Inside, new Recaro sport seats replaced the original bucket seats, upholstered in reversed black leather. The big tunnel between the two seats was also finished in the same black while the dashboard on the other hand received a bright reversed red leather. It might seem a little weird now, but in 1983 this combination was considered very fashionable, but nowadays you might select another color combination for this high-powered V-12 exotic.

By the way, the engine wasn't overlooked, Koenig installed a single turbo charger on it, pumping the power up to about 500 Bhp. But Koenig was able to install a twin turbo V-12, but nobody actually bought this one.

This very special Countach remained in Germany for years, but in 1996, I found the car on a Italian car show in Zandvoort, The Netherlands, with the Dutch Lamborghini Club decal on it.

Printed from www.lambocars.com/countach/countach_koenig_specials.html on September 24. 2020 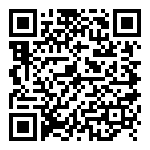