While Automobili Lamborghini SpA had their new Diablo on their stand during the 1991 Geneva Auto Show a tuner from Japan, Art & Tech, unveiled something really different in Switzerland ... the Sogna, intended to become a limited edition production model, the Art & Tech Sogna boasted some very round styling and was in fact using a Countach chassis ... more specifically the unit from a 25th Anniversary edition.

So the Art & Tech Sogna came with a V12 engine and a 455bhp power output driving the wide 15inch tall rear wheels taken from the Countach 25th Anniversary in fact, while the chassis and drivetrain also came from the legendary Countach model, keeping the five speed gearbox and rear wheel drive, just about everything else was redesigned by Ryoji Yamazaki, a Japanese designer and owner of Art & Tech.

At the age of 13 Ryoji Yamazaki already dreamed about a super car, at age 41 he turned his dream into a reality by building the Sogna, which coincidently means dream in Italian. Ryoji Yamazaki bought a Countach and mounted a totally different body made from aluminium, he also installed an interior finished in light grey leather into this legendary exotic. The dials on the dashboard pod were taken from the Lamborghini Countach too by the way.

Unveiled at the 1991 Geneva Auto Show the Art & Tech Sogna was intended to become a limited edition production model, priced at $1,600,000 back in 1991 the Sogna didn't find a lot of interested buyers ... in the end only one, fully functional Sogna was built, but a non-driving prototype also exists ... so there are two Art & Tech Sogna in the world today.

Rumor has it the fully functional, V12 powered Sogna was built a few years later, for the 1994 Essen Motor Show, this actual car was offered for sale in late 2013 on JamesEdition by the Enmann Corporation from Osaki-shi in Japan ... asking price €2,300,000 (or $3,300,000 at that time) ... today this one of a kind V12 powered Sogna is still listed for sale in Japan, but no price is published anymore, the car that was left without an engine is currently on display in a French museum.

At the time the Sogna was quoted to be able to reach a top speed of 201 mhp, but once the fully functional car was tested on the track it managed to reach 186 mph (299 km/h), still a very impressive number back in the Nineties ... the one and only drivable Sogna from 1994 accumulated 1,118 Miles over the years.

Printed from www.lambocars.com/countach/art_tech_sogna.html on August 12. 2020 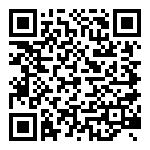