If you know a little about the more classic Lamborghini from the Sixties and early Seventies, you probably know the Jarama, a luxurious 2+2 GT with the 4-Liter V12 engine in the front that succeeded the Islero ... actually, you could consider the Jarama the smaller sibling to the famous Espada, a car for the successful businessman that didn't need four seats back in the Seventies, but still wanted to go fast and be seated on soft Italian leather.

A major characteristic on the Lamborghini Jarama were the headlights ... four large round units that were hiding behind nicely integrated covers when not in use, making the front look very clean during the day, and when needed the covers would be folded down to reveal the quad lights ... a very innovative idea compared to the pop-up headlights seen on the Islero.

And then we discover this pearl metallic blue 1972 Lamborghini Jarama registered in Hawaii back in 2006, chassis #10258 was initially finished in brown, later she was repainted in black and received a black leather interior during a restoration. The exterior rear view mirrors were replaced with more aerodynamic ones before the car was sold in the mid-Nineties, when the front and rear bumpers were removed isn't clear however.

The new owner had the entire exhaust system replaced with the last stainless steel unit ANSA had available for the Jarama at that time, the brakes were rebuilt and around 2004 the carburetors were rebuilt too, later the distributor, points and ignition wires were replaced with new units.

As the car was located in Hawai at this time, the first signs of rust started to appear on the doors so the owner at that time decided to repaint the black Jarama ... in a stunning pearl metallic Monte Carlo Blue shade. The wheels were restored to an original silver finish and the center locks got chromed again ... this 1972 Jarama looked brand new again.

Rumor has it this Lamborghini Jarama #10258 was the show car for the 1972 Paris Mondial de l'Automobile ... and the special front treatment was done specifically for the show ... unfortunately at the moment, there is no official document nor photos as proof of this, so we can only mention it as a rumor, not as a fact.

Printed from www.lambocars.com/classic_gt/custom_1972_jarama.html on August 15. 2020 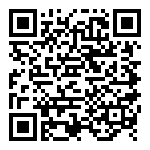