Back in September 2013 famous German tuner Hamann unveiled their first aerodynamic tuning kit for the Lamborghini Aventador LP700-4, called the 'Nervudo' it showed a very impressive set of vertical fins on the front bumper, additional air intakes and above all an innovative, Veneno inspired air intake on the engine cover ... finished in bright Arancio Argos with a color coded, custom interior boasting red carbon fiber and impressive use of alcantara this Hamann Nervudo sure drew a lot of attention.

At the 2014 Geneva Auto Show Hamann came up with an evolution of their Nervudo kit, now called Hamann Limited for Aventador their show car was turned into a matte grey finished Bull with bright green accents ... a shade that would return in the interior too, a custom made combination of green and grey leather with clear carbon fiber. The main difference between the Nervudo and the new Limited was found at the rear, the lower diffuser was a new design while air vents appeared between the taillights, also the entire package now showed a clear carbon fiber finish compared to the matte grey on the Nervudo six months earlier.

For the 2015 edition of the Geneva Auto Show something new had to be prepared by Hamann, and I'm sure the bright yellow, Giallo Orion metallic Lamborghini Aventador Roadster made a serious impression at the show wearing the very nice Limited bodykit with proud.

The complete package was installed by Hamann on this Limited for Aventador Roadster model, including the front bumper with the two additional air intakes, lower fin and vertical blades, the side sills are slightly wider than original and require two vertical wings just behind the front wheels while the large side air intake receives a massive clear carbon fiber intake.

Around the back the lower diffuser is installed showing the original exhaust tip but with round tubes inside, so the entire exhaust system has been revised by Hamann while the large rear wing probably prevents the original rear wing from opening so Hamann put two extra air vents on the rear fascia between the taillights for additional cooling of the engine compartment, naturally the big rear wing is totally adjustable for just the right amount of downforce.

The wheels on the Hamann Limited for Aventador Roadster are forged alloy units called 'Professional' in massive 9x20 inch up front and 13x21 inch at the rear with matching 255/30 ZR 20 and 355/25 ZR 21 high performance tires, also note Hamann reprogrammed the software for the engine control unit resulting in a power increase to 760hp (559kW) and a torque of 735Nm.

Two items are in fact missing from this new Hamann Aventador ... on this Roadster edition the interior was kept factory standard, no special stitching or custom yellow alcantara for instance, not even some clear carbon fiber parts to make the central console look better ... could have been a time constraint getting the car ready for Geneva as we've all seen the work Hamann did on the Nervudo and the grey Limited Aventador, so the workmanship is there.

The second thing I found missing on this yellow Roadster is that special air intake for the engine cover, because the Aventador Roadster uses a totally different engine cover compared to the closed coupé version the original triangular intake from Hamann won't fit, but it would have been really nice if they could have designed a special one to fit the Roadster edition of their Limited kit.

Other than that I really did like the special carbon fiber pattern used on the parts for this Giallo Orion Roadster, a kind of 'fishtail' pattern that really sets apart this kit ... and it was applied flawlessly too, very impressive.

Printed from www.lambocars.com/aventador/hamann_limited_for_aventador_roadster.html on August 12. 2020 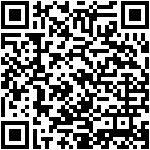