The special celebrations model of the V12 flagship from Automobili Lamborghini has been unveiled at the 2013 Shanghai Motor Show in April ... the Aventador LP720-4 50° Anniversario was shown in a bright yellow shade called Giallo Maggio and featured some very nice, albeit aggressively styled front and rear bumpers while the lower side skirts received a matte black coat of paint.

Inside the Shanghai show car featured a beautiful combination of black and yellow leather with many parts of the dashboard covered in clear carbon fiber, also the handles on the doors received a carbon fiber touch ... still the most impressive item in the cockpit just has to be the magnificent Q-Citura stitching ... which isn't available on the regular Aventador version by the way.

One of the most often heard remarks was the fact this special edition really could use a rear wing to go with the more aggressive styling, however as far as I know this isn't an option ... at this moment, I guess if demand is high enough Lamborghini will put something on the price list ... talking about pricing, the MY2014 Lamborghini Aventador LP720-4 has an MSRP of US$ 497,650 ... which happens to be a $100,150 premium over the standard Aventador LP700-4.

Production is limited to only 100 units, and in case you are wondering the Aventador LP720-4 50th Anniversary can be ordered through the Ad Personam program that allows you to opt for just about any exterior shade possible ... but things recently got even better ...

After the Grande Giro from Milan to Bologna on May 7 to 11 the participants were invited to a Gala Dinner at the factory on Saturday ... they were welcomed by a bright yellow Aventador LP720-4 50th Anniversary and a white Gallardo LP560-2 50th Anniversary edition ... but in-between these two a nice surprise was shown ... an Aventador LP720-4 Roadster edition, finished in an amazing looking matte grey shade that could be called Grigio Titans over the Terra Emilia leather interior ... a very, very nice combination.

Note the Grigio Titans is not really the same shade as used on the Lamborghini Reventon or the Reventon Roadster, once again Automobili Lamborghini SpA had a special hue mixed up for this new limited edition celebration model ... on the dashboard we can admire the 50° Anniversario logo with 'Serie Speciale 00/100' engraved, so most likely Lamborghini will be building 100 units of the LP720-4 and another 100 units of the LP720-4 Roadster edition ... that combines to 200 50th Anniversary V12 units.

I did notice the black side sills seen on the Giallo Maggio closed Coupé version didn't get mounted on the matte grey Roadster, if this is only due to the fact it wouldn't be too noticeable on this dark shade anyway, or it is a way to differentiate between the two models isn't sure, there is no official press release on the Anniversary Roadster at this moment.

Printed from www.lambocars.com/aventador/aventador_lp720-4_roadster_50_anniversario.html on February 25. 2020 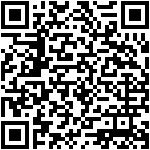