Mansory is one of the more illustrious high end car tuners, located in Germany they have been known to produce some rather unconventional looking super cars over the last years ... like a glossy carbon fiber Bugatti Veyron with gold plated accents called the 'Linea d'Oro' or a matte black Rolls Royce called Conquistador, and in case you are wondering about Lamborghini ... fear not.

At the 2012 Geneva Auto Show the Mansory Design & Holding GmbH showed a very impressive tuning package for the brand new Lamborghini Aventador LP700-4, if you looked closely at this Mansory Aventador you would notice just about every panel found on the body of the V12 flagship had been modified or replaced with a new design in the typical Mansory styling ... which you either love or hate to be honest.

Remember Automobili Lamborghini SpA only unveiled the Aventador LP700-4 the year before, so having a total tuning package, including engine tuning up to 745 hp, from Mansory was a really impressive accomplishment ... I'm sure Mansory only managed to get hold of an actual Aventador mere months before the unveil at the 2012 Geneva Show, but still they managed to design, develop, built and mount a complete kit inside and outside transforming the already intimidating looking Aventador into something that seemed to have left the race track only minutes earlier.

Mansory even managed to nail the shade of the car perfectly, a dark pearl metallic red shade with clear carbon fiber accents ... almost identical the car that was unveiled a few meters away on the Automobili Lamborghini SpA stand ... the one of a kind Aventador J ... however the reactions on the Mansory Aventador were either very positive or totally negative, just like a Lamborghini would be ... creating many reactions, but from both sides of the spectrum.

This didn't keep Mansory from evolving their initial design, we've seen the original red metallic car while a white Mansory Aventador has been spotted in the Middle East and a gold look one was published recently ... the best was however yet to come: mid-2012 Mansory published a press release on their new Aventador Carbonado - Black Diamond ... Mansory took their original design and made it entirely from clear carbon fiber ... the entire Aventador Carbonado was covered in carbon fiber, not a spot of paint was used on this limited edition model, only 6 would be made.

Fast forward to March 2013 ... another edition of the Geneva Auto Show and Mansory was again showing something really special ... yet a further evolution of their tuning package for the Lamborghini Aventador, still called the Carbonado and finished in clear carbon fiber the new 2013 Mansory Aventador now has a twin turbo installation that boosts power output to a massive 1250 hp.

The entire Mansory Aventador Carbonado is finished in carbon fiber, according to a representative we've talked to Mansory has their own autoclave to produce custom made carbon fiber for these products, and the Aventador Carbonado sure is custom made, this isn't the regular carbon fiber weave ... this Bull now shows an awesome stealth fighter design ... the pattern in the carbon fiber reminds us of the B2 Spirit stealth bomber, and this pattern returns in the grilles and the stitching used on the really amazing interior.

Still Mansory didn't go for the usual clear carbon fiber, instead the top coat has a satin matte finish ... a bit like the Lamborghini Sesto Elemento in fact, and if you take a closer look at this MY2013 Mansory Aventador Carbonado you will also notice they changed the design of their kit ever so slightly ... but the result gives a very different impression of the entire car, it actually looks a lot better than the first Mansory Aventador.

The front bumper is totally new in fact, it looks nothing like the original Mansory unit from 2012, the air intakes up front are a different shape, the side vents are much better looking and the low diffuser with the upward rising side fins is very innovative too, just ahead of the front wheels these fins swing up and proudly show the Mansory script, naturally the parking sensors are built into the Mansory front bumper too while the air intakes underneath the headlights have additional driving lights ... arranged in an array that resembles the stealth bomber again.

The Raging Bull crest at the front has been replaced by a 'Mansory, more than tradition' shield, finished in the same carbon fiber weave as the rest of the body, which brings us to the front side fenders ... they look like the original units from 2012 at first glance, the same trio of fins behind the headlights are visible while just in front of the doors we notice another Mansory shield showing 'Carbonado by Mansory' in this case, still they are 40mm wider than the original ones from the factory.

The front hood over the luggage space of the Aventador has been modified by Mansory for their new 2013 Carbonado, the indents looking like air vents have a different shape on this new model, now they actually flow more naturally from the outlets in front of the windshield, using the same design pulled forward ... they are actually just for show as there are no openings in the hood, so they are merely a design featured I guess.

Which brings us to the side of the Mansory Aventador Carbonado, and again we notice a totally different side skirt with a new design on the air vent behind the front wheel and a 'sweeping' crease into the outlet ahead of the rear wheel, which has been made smaller compared to the 2012 edition ... but one of the best features I noticed was the typical 'Y' shape ... on the door. Mansory actually integrated the by now well known 'Y' shape used by Lamborghini on both the headlights and taillights of their models into the design of the door ... that's what I call attention to detail ... and it looks absolutely amazing too.

The rear fenders are increased by 50mm compared to factory original and at the rear just about everything has been replaced by Mansory parts too, back in 2012 we saw Y-shape insets in the air outlets at the back, now the entire rear section has been replaced by an Aventador J style unit created by Mansory, additional vents on either side of the Lamborghini script between the taillights (which are nicely tinted in matte black on this car). The new Mansory rear wing now sits on two carbon fiber struts that continue into the rear section right un to the lower diffuser ... just like on the Aventador J, the exhaust tip has been replaced with a beautiful new unit showing three sections ... very, very nice looking by the way.

Remember those insets in the air outlets at the back we mentioned ... on this 2013 Carbonado they are replaced by three fins, and these look so much better than the Y-shapes ones from last year, the 2013 Mansory Aventador Carbonado looks totally different from their 2012 model ... and in a very positive way, they added a lot of aggressive styling to the Lamborghini and it just looks good ... the stealth bomber weave pattern of the carbon fiber might require some getting used to, but once you get over the first 'in your face' impression it actually comes together very nicely.

Last item on the outside are the new wheels, these show the same design as last year with their five 'angled' spokes, but instead of being highly polished into a chrome shine they now only show a thin, silver rim and matte black spokes with carbon fiber inlays ... the same stealth bomber style carbon naturally ... and they fit the car perfectly, while the chrome units might be just a little too much on the Aventador, these matte black/carbon fiber rims in 9x20 and 13x21 inch respectively at the front and rear add to the overall impression of the Mansory Carbonado Black Diamond.

Time to open the engine cover and take a look at that massive 6.5 liter V12 Italian purebred ... the original 700hp just didn't do it for Mansory, their first modification raised power output to 745hp, and that was just the start ... this car received two Mansory turbochargers, combine this to new pistons, connecting rods, rod bearings, crankshaft, crank and cylinder heads that all have been replaced with parts developed on the race track and you end up with a massive power output of no less than 1250hp (920 kW), that is a 550hp increase over the original 700hp (515 kW).

So it goes as fast as it looks, but does this mean you are sitting on a hard carbon fiber shell inside a totally stripped interior? No, not at all, the Mansory Aventador Carbonado has an absolutely gorgeous looking upholstery and perfect finish inside. This show car used a combination of black and white leather that has been handpicked to make sure it is both very durable and still extremely soft, the stitching shows the same stealth bomber pattern on the black seats with a small white section on the sides, all stitching in contrasting white while the bright headrest gets black stitching with a beautiful 'Carbonado' script we've also seeing on the custom carpets and on the side sills, where it reads 'Carbonado 1 of 6)

The central console gets wrapped in beautiful black leather with stealth bomber stitching, a white section runs from back to front while the dial surround received the carbon fiber treatment too, all very nicely detailed ... on the actual dashboard Mansory even put a Carbonado script ahead of the passenger while the driver gets to hold a totally customized steering wheel ... the entire interior oozes a sense of luxurious styling from the soft leather, but still with a hint of track inspiration from the exposed carbon fiber ... a very nice additional touch from Mansory is the fact the red start button is now located between the sun visors on the roof lining.

Only six of these Mansory Aventador Carbonado will be made, and the Mansory employee I talked to at the Geneva Motor Show mentioned it's price ... €900,000 each ... naturally that is less than 30% of the price of the Lamborghini Veneno of which only three were made, and all are sold already ... all while this 1250hp Mansory will outrun the Veneno without even breaking a sweat ... it would be really interesting seeing both cars doing a stint on the Top Gear track ...

Printed from www.lambocars.com/aventador/aventador_carbonado_lp1250_by_mansory.html on August 9. 2020 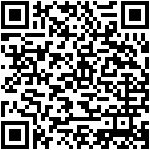