Two years ago, at the 2014 edition of the famous Geneva Motor Show, a rather special Lamborghini Aventador was unveiled fitted with a very impressive aero kit. The Avanti Rosso by Nimrod was the result of a wealthy owner that wanted to create something totally different when compared with any of the other tuners using the Aventador as a basis ... especially the additional air intakes behind the side windows were the subject of a lot of discussions.

Bader Al Roudhan owns a lot of high end exotic cars, makes like Ferrari, Lamborghini and Zonda all found a place in his garage already, but he wanted something truly unique, it took Nimrod Luxury Cars about two years to create the Avanti Rosso using one of Bader's own cars as a basis to create the first one, chassis number 564 was an early production car to be turned into the first Avanti Rosso ... priced between €700,000 and €900,000 it takes 3 months to create one of these special cars ... only 5 would be built and at the 2014 Paris Mondial de l'Automobile Nimrod showed a matte black Avanti Rosso, during the show he also stated 3 Avanti Rosso have been sold already.

At the 2016 Geneva Motor Show we've found a modified Avanti Rosso on the Nimrod Luxury Cars stand ... now called the Avanti Toro we see a totally different front bumper and fenders while the rear section underneath the taillights has been modified too ... even the engine cover is different from the earlier Avanti Rosso edition.

A closer look at this new Avanti Toro reveals we are again looking at chassis number 564, so this is still Bader's own car that has been modified once again into a new car, this would explain why the interior looks the same between the Avanti Rosso and this Avanti Toro, the same Sesto Elemento inspired red vents are installed onto a carbon fiber headliner while the black seats show the stunning stitching pattern with a white headrest boasting the Nimrod crest.

Clear carbon fiber details can be found in abundance on the interior of the Avanti Toro, both on the central console and on the dashboard pod ... the use of smooth leather and Alcantara really works very nicely inside the Avanti Toro.

The front section of the Avanti Toro is in fact totally different when compared to the Avanti Rosso, the fenders show inspiration taken from the very limited Lamborghini Veneno with a vertical styling and massive air vents on the side, in front of the wheels while the front shows a very angular design with a Formula One style nose.

At first sight the side sills look the same as seen on the Avanti Rosso, also the very large rear wing, with integrated rear view camera looks identical (repainted, but styled the same) but the lower rear diffuser has been modified with extra vertical fins while the air vents under the taillights show Y-shaped insets now ... inspired by Mansory perhaps?

Once again it became clear the Avanti Toro by Nimrod Luxury Cars created some controversy during the Geneva Motor Show ... the design is rather heavy looking from certain angles, and I'm sure not everybody will unanimously love it ... but you have to give Bader credit for trying to create something different.

Printed from www.lambocars.com/aventador/avanti_toro_by_nimrod.html on August 12. 2020 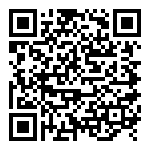